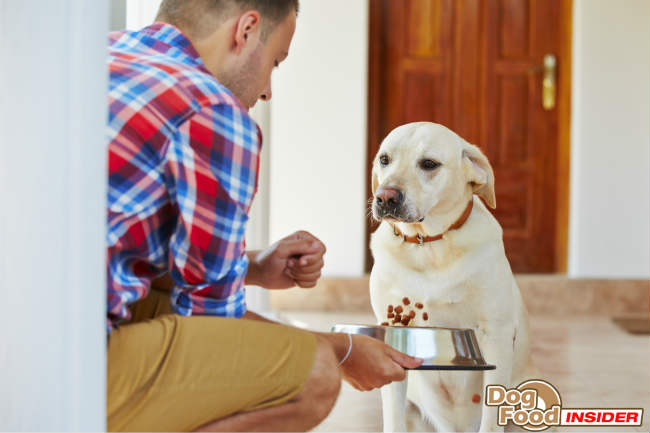 Grain-free dog food has become popular with many pet owners in the last several years. There are several reasons for its popularity which I’ll look at below. But is it necessary to feed your dog a grain-free dog food? Or is it a fad? Can your dog be healthy eating a dog food that contains some grains? Keep reading.

Why Are Grain-Free Dog Foods Popular?

There are a lot of reasons why these foods have become popular in the last few years:

Is Grain-Free Actually Good For Your Dog?

If you have a dog who is allergic to a certain grain or grains then, absolutely, you should avoid feeding foods with those ingredients. This was the original reason why dog food companies began to make grain-free foods – for dogs with allergies. However, food allergies (to anything) account for only about 10 percent of all the allergies diagnosed by veterinarians. Food intolerances make up another very small percentage. So, out of the 70-plus million pet dogs in the U.S., only a very small number are actually allergic to grains.

That means a lot of people are feeding their dogs grain-free dog foods for other reasons.

Are Grains Bad For Your Dog?

No, grains are not bad for your dog. There are no scientific studies to indicate that grains are bad for dogs. In fact, there is a new study that shows the opposite. According to a study reported in ScienceMag, dogs have evolved genes for digesting starch that wolves do not have.

“More surprising were genes for digesting starch. Dogs had four to 30 copies of the gene for amylase, a protein that starts the breakdown of starch in the intestine. Wolves have only two copies, one on each chromosome. As a result, that gene was 28-fold more active in dogs, the researchers found. More copies means more protein, and test-tube studies indicate that dogs should be fivefold better than wolves at digesting starch, the chief nutrient in agricultural grains such as wheat and rice. The number of copies of this gene also varies in people: Those eating high carbohydrate diets — such as the Japanese and European Americans — have more copies than people with starch-poor diets, such as the Mbuti in Africa. ‘We have adapted in a very similar way to the dramatic changes that happened when agriculture was developed,’ Axelsson says.”

In other words, the wolves that became our domesticated dogs adapted so they could eat the same kind of diet that early humans ate. Dogs have been able to adapt to human diets, including eating starches. This would explain why dogs manage to do so well eating dog food despite dire predictions from people who prefer to feed raw diets or cook meals for their dogs. The grains and other carbs in dog food have been part of the dog’s diet since they began adapting to living with humans. The same agricultural revolution that allowed humans to start living together in communities also changed our diet and the dog’s diet.

Are All Grains Okay?

This information doesn’t mean you can feed your dog any ol’ low quality dog food full of rice hulls and corn gluten. It’s always important to choose the best quality dog food for your dog. If you are feeding a food with grain in it, the grains or other carbs should only be a small part of the food. Dogs are still carnivores and they do need quality sources of meat protein. What it means is that you don’t have to feed your dog a grain-free food in order for him to be healthy. There are lots of high quality dog foods available which have low to moderate amounts of grain from good sources.

Of course, if you feed your dog a grain-free food, it probably contains other carb sources. Kibble requires some carbohydrate source to hold the food together so it can make a batter or dough to go through the machinery and be made into dog food. Even the best grain-free foods add carbs to the recipe. And dogs need carbs from a dietary perspective. They are a good source of energy for the brain and nervous system.

Are grain-free dog foods a fad? Well, to some extent, yes. Most dogs don’t need to eat grain-free food if they don’t have any allergies to grains. If you simply want a high quality dog food for your dog, there are lots of good foods that have low to moderate amounts of grain along with great ingredients. But it won’t hurt your dog to eat grain-free food. On the other hand, it won’t hurt your dog to eat a high quality food with some grain in it either. Article Name
What You Should Know About Grain Free Dog Food
Description
Grain free dog food is the new trend, but is it really better for your dog? Here's what you need to know about grain free dog food and the claims made.
Author
Mike Rogers