Hill’s Science Diet provides more individualized foods for dogs with different health conditions and life stages than any other brand that comes to mind. If your dog has any kind of health issue, regardless of his age or condition, it’s very possible that Science Diet has a food for him, or your vet can prescribe one of their Prescription Diets for him. Their Prescription Diets are costly and even their regular foods are expensive. Many people question whether these are good foods when they look at the ingredients, but dogs who eat these foods seem to do well.

This food is not exactly the same as Science Diet Adult Advanced Fitness Lamb Meal & Rice Recipe Dog Food but it’s very close. This may be due to the fact that dog food companies often use similar ingredients in many of their foods – which is true for most brands, even the brands considered top quality. If you compare several foods from the same company, you’ll usually see that the ingredient lists are very similar. Maybe companies really believe that these are the most nutritious ingredients for pets. Or, perhaps they save money when they buy ingredients in larger quantities for all of their foods. Maybe it’s just easier to deal with fewer ingredients from a manufacturing viewpoint. Whatever the case, Hill’s Science Diet has lots of foods but many of them are similar to each other.

So, while this food has most of the same ingredients as Hill’s Science Diet’s other lamb meal and rice foods, it does appear to use them in different quantities. They are listed in a slightly different order in the ingredient list. And, the protein, fat, and other nutrient percentages are a little different. But not much.

Hill’s Science Diet recommends this food for large dogs weighing 55 – 110 (ages 1 – 5) and giant breed dogs weighing 110+ lbs (ages 1 – 4). Like some other companies, they seem to be operating under the assumption that large dogs require less protein and fat than other adult dogs and this food has less protein and fat than the company’s Adult Advanced Fitness Lamb Meal & Rice Recipe Dog Food (which only has moderate protein and fat). There is no particular reason to feed your large or giant breed dog reduced protein and fat. These dogs should not be allowed to become overweight because it could contribute to joint problems or issues with arthritis. But that doesn’t mean the dogs don’t require plenty of good protein and a normal amount of fat in their diet.

Lamb meal is the first ingredient so, by weight, the food contains more of this ingredient than anything else. It’s a good ingredient for dogs. Lamb is about 60 percent protein. It’s a good source of Vitamin B6, Pantothenic Acid, Phosphorus and Manganese, and a very good source of Vitamin A, Riboflavin, Niacin, Vitamin B12, Iron, Zinc, Copper and Selenium. It also contains lots of omega-6 fatty acid. Since this is a meal, most of the moisture has already been removed prior to cooking and the protein is very concentrated.

The next four ingredients in the food are grains/cereals, adding a lot of carbohydrates to the food. They are all relatively high energy grains that are digested quickly and get in your dog’s bloodstream fast. Whole grains like some of these grains, however, are harder for your dog to digest. That’s not a plus.

Brewers rice, the second ingredient, is a by-product of the rice milling industry. According to AAFCO it is “the small milled fragments of rice kernels that have been separated from the larger kernels of milled rice.” Brewers rice is a processed rice product that is missing many of the nutrients contained in whole ground rice and brown rice thus reducing the quality. It is often used in pet foods. Brewer’s rice is used as a source of fiber in dog foods. Used in moderation it adds texture and structure to dog food but it’s the third ingredient here.

The third ingredient is whole grain wheat. Whole grain wheat is mostly carbs with some protein and fat (15 percent protein, 5 percent fat, 80 percent carbohydrates). It is considered to be a good source of dietary fiber, manganese, and selenium.

The fourth ingredient is whole grain sorghum. While sorghum is currently touted as having a lot of health benefits for humans, such as being gluten-free and helping with some health issues (which haven’t been proven), it’s usually associated with livestock feed. Sorghum is about 3 percent protein, 8 percent fat, and 89 percent carbohydrates. It contains some B vitamins and a few assorted minerals, but not large quantities of anything, although it does have a lot of omega-6 fatty acid. One species of sorghum is the source of sorghum molasses. Other kinds of sorghum are used for grass/fodder and grains for animals.

The fifth ingredient is cracked pearled barley as another grain source. Cracked pearled barley has been polished to remove part of its hull and bran; and make it easier to digest. Keep in mind that the more it’s processed, the more nutrients it loses, even if it makes it easier to digest. It has a moderate amount of starch that can be slowly digested, along with soluble fiber.

Overall, the first five ingredients in this food provide some good animal protein in the form of lamb meal as the first ingredient. They also provide some plant-based protein. However, many of these ingredients are primarily carbohydrates from grains. If your dog has no allergies or food intolerances, he can probably eat this food without any difficulty but this food can cause problems for dogs who have food allergies. Lamb and wheat, in particular, are often sources of food allergies for dogs that have a food allergy.

The food also contains brown rice which is a common ingredient in dog food. From a dog food viewpoint, rice is a cereal grain. Brown rice is higher in fiber than white rice, and less processed. It can also be a little more irritating to the stomach than white rice. It’s a simple carbohydrate that can give dogs quick energy. Used in conjunction with more complex carbs in a dog food, brown rice is a good ingredient.

As for concerns about arsenic in rice, and thus in dog foods that include rice, the FDA has not made any recommendation for pet food companies to stop using rice or for dog owners to avoid feeding foods that contain rice. Nor has the FDA suggested that people stop eating rice. If you are uncomfortable about the possibility of minute amounts of arsenic in rice or dog food, you should avoid this food or any dog food that contains rice.

We are concerned about a couple of ingredients in the food. The food contains flaxseed. Lots of people like flaxseed and flaxseed oil for their dogs since it’s a great source of omega 3 and 6 fatty acids (especially omega 3). However, flaxseed is also a significant source of phytoestrogen. These are plant-derived substances that mimic some of the effects of estrogen in the body. This can be especially true in females.. Without going into the possible effects on humans, many dog breeders have reported that feeding dogs foods that contain flaxseed or flaxseed oil has interfered with conception and gestation. So flaxseed in a dog food is something that should be viewed cautiously, especially if you breed dogs. If you have an intact female dog, especially in a house with male dogs, you may find that foods with flaxseed causes males to think the female is in season. The same phenomenon often occurs with foods containing soy.

This food contains soybean oil and it has many of the same issues as flaxseed. Soybeans are a good source of protein and fat and they are low in carbs but they are a common cause of allergies in dogs. They are also a source of phytoestrogens which can play interfere with your dog’s hormones to a certain extent.

The food contains pork fat as a named fat. This is a named fat source and dogs love pork. As far as we know, there’s nothing wrong with using pork fat in dog foods. We also see chicken liver flavor in the food. Added flavors always raise a few eyebrows, but since this is a named source, it looks fine. However, the food also contains “Natural Flavors” which is not fine. Natural flavors in dog food could be almost anything approved by the FDA as GRAS (generally recognized as safe). It is frequently monosodium glutamate (MSG) – the same MSG that is added to human foods for flavor and color. Your dog doesn’t need MSG unless you are trying to discourage him from eating his own poop (a common use of MSG with dog owners). So, chicken liver flavor, okay; natural flavors, no.

You also find dried beet pulp in the food. There are some misconceptions about beet pulp, probably because of the name. Dried beet pulp is a natural, fermentable source of fiber. It is a wonderful addition to dog food to help move fecal matter along in the intestines. It also acts as a pre-biotic to help good bacteria grow in the gut.

Finally, we notice that the food contains some interesting additives toward the end of the ingredient list. Taurine is an amino acid that is often added to dog foods today to prevent a deficiency that could cause heart problems and other health problems in some dogs. L-carnitine comes from the amino acids lysine and methionine. It helps the body turn fat into energy, among other things.Mixed tocopherols are usually E vitamins, so they are a natural preservative. We also see beta-carotene added. Beta-carotene is a carotenoid from plants that forms vitamin A in the body. It’s good for vision, immunity, and other health benefits. You are probably most familiar with it in carrots.

The guaranteed analysis shows some chondroitin and glucosamine but not as much as in Hill’s Science Diet Adult Healthy Mobility™ line of dog foods.

This food is very similar to Hill’s Science Diet Adult Advanced Fitness Lamb Meal & Rice Recipe Dog Food, with slightly less protein and fat. We don’t see anything here that would make it particularly suitable for large breed dogs. In fact, your large or giant breed dog would probably be better off eating a food with a little more protein and fat. You can add your own joint supplements, if necessary.. 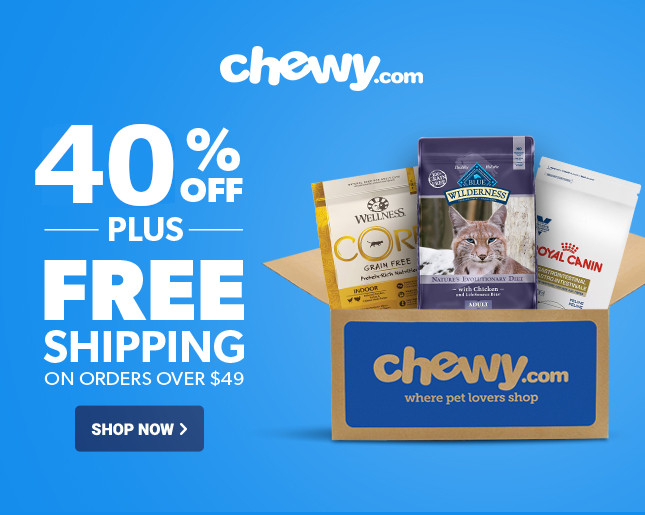